Ujjain, the city located at the bank of pious river, Shipra is one of the four venues of Kumbh Mela. 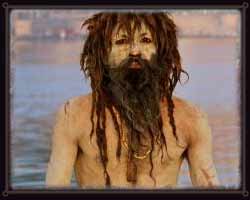 Kumbh Mela is one of the most sacred and pious festival celebrated at four places in India: Nasik, Ujjain, Haridwar and Allahabad. The legend behind its commemoration quotes the rivalry between demons and demigods at the time of ‘Samudra Manthan’. It states that once upon a time demigods found themselves weak and felt deterioration in their strength. Helplessly they visited Lord Brahma and requested for directions. The lord showed them way to nectar by the process of churning the ‘Kshir Sagar’. Abiding Him, demigods initiated the churning of Kshir Sagar with the help of demons under the agreement that the resultant treasure would be divided among them alternately. It was the turn of demons to receive the treasure when the divine physician ‘Dhanvantari’ appeared holding the pot of nectar. His arrival created turmoil among the demigods and demons as both of them wanted to grab the pot. Irritated by the tussle among them, Dhanvantari escaped to heaven in order to save nectar. It is believed that few drops of nectar fell at four different places on earth. Kumbh Mela is celebrated at Ujjain, Nasik, Haridwar and Allahabad in the remembrance of this incidence.

Kumbh Mela Celebrations in Ujjain
The celebration of Kumbh Mela takes place at the four sacred places as per the position of Sun and Jupiter in different zodiac signs. Poorna Kumbh is held at Ujjain once in every 12 years when the zodiac sign Scorpio (Vrishchik Rashi) indicates the presence of Jupiter and Sun. Ujjain is located at the bank of Shipra River in western region of Madhya Pradesh and is seen as one of the most sacred places in India. The city is enriched with several religious shrines such as Bade Ganeshji Ka Mandir, Mahakaleshwar, Vikram Kirti Temple and many others. On the occasion of Kumbh Mela the divinity and spiritual aroma of Ujjain meets its highest peak when millions of pilgrims take dips and worship sacred River Shipra. Sages and devotees from every nook and corner attend the religious ceremony of Kumbh Mela to attain salvation and libration from the vicious cycle of birth-death-rebirth.

The commemoration of Mela at Ujjain is known as ‘Simhastha Kumbh Mela’ in which the unique combination of divinity and purity is experienced when the crowd of ash-dubbed sages, priests, devotees gets fused together with the roaring of elephants and camels. People who witness the spiritual fest feel good fortune by their side and sense positive aroma purifying their souls and thoughts. Major attraction of this festival is ‘Shahi Snan’ (royal bath) which takes place on predetermined dates varying every year. It is believed that those who take royal bath in holy Shipra River on the occasion of Kumbh Mela wash their sins of all previous births. The devotees consider it as an opportunity to get them revived from the never ending birth cycle.

Ujjain Kumbh Mela Dates
Simhastha, or Poorna Kumbh Mela was celebrated at Ujjain in the year 2004 spanning from 5th of April to 5th of May. The ritual of Shahi Snan was conducted on 4th of May, a day of full moon (Poornima) as per lunar calendar. Nearly ten million devotees across the country graced the festival with their presence on this auspicious day. Ujjain hosted the Ardha Kumbh in the year 2010 where numerous Hindus witnessed the occasion. In the year 2016, next Simhastha Kumbh Mela will be commemorated in Ujjain. Do not miss the opportunity and embrace your soul and material body with the sacred nectar bestowed by God.